Declaring the outbreak over

Investigative partners agreed to declare the outbreak over on July 7, 2020. The calculation for this date is summarized in the following figure: 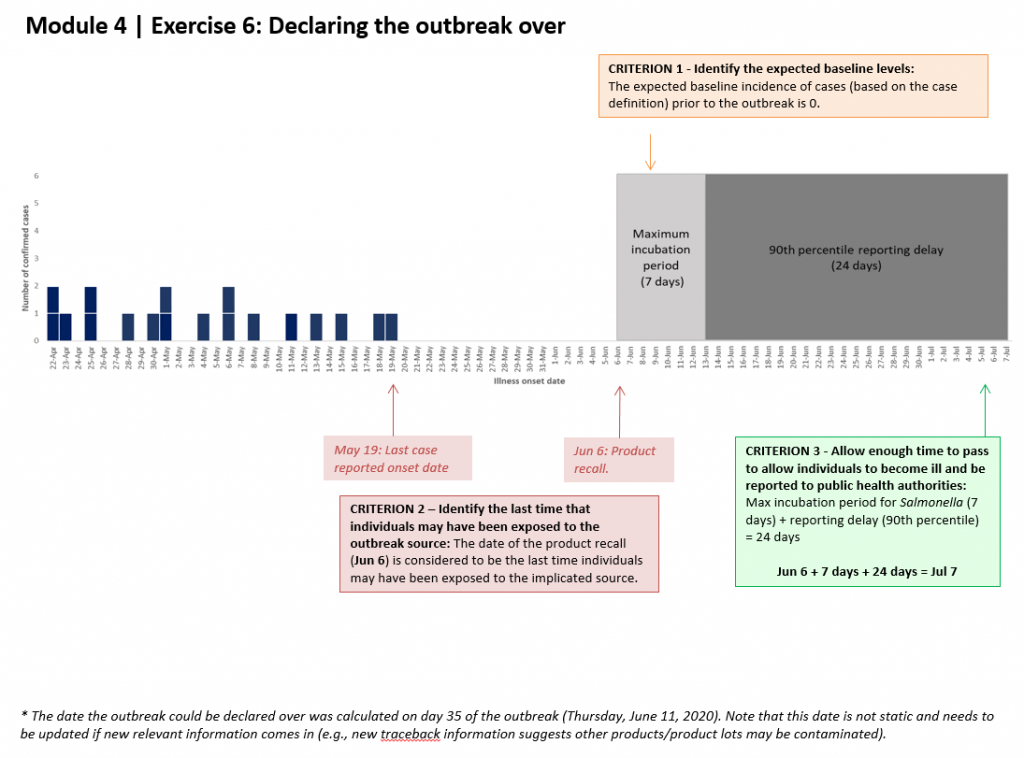 Note that this date is not static; the date should be re-evaluated if new, relevant information comes in (e.g., case reporting increases above baseline levels in the “lag window”, CFIA reports that they have found some product on store shelves despite effectiveness checks, or new traceback information suggests other products/product lots may be contaminated).

Question 4-1: How would the date the outbreak can be declared over change if there are multiple new cases reported whose dates of onset occurred after the product was recalled?

If it is confirmed that the case consumed a recalled product, this new case does not represent an on-going issue and would not affect the date the outbreak is declared over.

However, if there appears to be an on-going risk, the date could be revised based on any new information. Investigative partners may consider re-opening the investigation.